The Mack will be back — finally.

That would be McMinnville’s Mack Theater, beloved by generations of locals until its abrupt closure in 2006.

For the past 15 years, the downtown jewel has sat empty, despite “Bring Back the Mack” campaigns and intermittent rumors about revival plans.

Now it’s actually going to happen, according to a group of McMinnville-based entrepreneurs who purchased the 80-year-old theater, along with the interconnected Hotel Yamhill and Macy Building.

Atticus Hotel co-founder Erin Stephenson, who grew up in McMinnville and is one of the new owners of the three properties, said the foremost motivation for everyone involved is a desire “to bring these buildings back to life for the community.”

The Mack, she said, “is the heart of our community. The desire to see the lights go back on has been palpable.

“So many people here remember going (to the theater) as kids, on first dates, nights out with friends,” she added. “It’s a cultural touchstone for us.”

The Mack opened in 1941, with Europe and Asia in the midst of a mammoth war that the U.S. was about to join. The debut movie at the swanky, 700-seat theater was “Hold That Ghost,” starring the comedy team Abbott & Costello. Thirty-five cents got you in the door.

The theater thrived for years before television began to cut into its business in the 1960s, followed by Me Decade stagflation and finally the internet.

The new owners will relaunch the Mack Theater as “an entertainment venue,” but they’re not willing to say if that means a return to its movie roots or live shows and events — or some combination thereof.

The Hotel Yamhill, meanwhile, likely will be more difficult to revive than the Mack. It has been moldering much longer, having closed in 1971 as downtown McMinnville settled into an economic slump that lasted more than two decades.

The three-story, 18-room hotel, built in 1886, is “beautiful architecturally, it has amazing charm,” Stephenson said, but she noted that “it needs a lot of attention.”

She admitted that maintaining the hotel’s historic character while bringing it up to date is “going to be our delicate dance, but we’re confident we can do that.”

The owners haven’t revealed the purchase price for the properties, and they insist it’s too early to say how much the restoration will cost or how long it will take.

Brian Shea and Ben Perle, also part of the Atticus Hotel team, are joining Stephenson in the project. Charlie Hays and Bob Komin round out the ownership group.

“This is an extremely exciting day for downtown McMinnville,” McMinnville Downtown Association executive director Dave Rucklos said in a statement. “The Mack Theater and Hotel Yamhill are both iconic McMinnville properties, and bringing them back to their former glory through the responsible care and vision of this local, independent and seasoned team is absolutely the best outcome we could have asked for.”

Rucklos said that with the three buildings revitalized, McMinnville will be able to boast one of the best small-town downtowns “in the state and country.”

The “timing is definitely right” to take on such a large renovation, Stephenson said. The COVID-19 pandemic aside, McMinnville tourism is growing, she said, thanks to the many wineries nearby, the downtown’s charm, good restaurants and the Evergreen Aviation & Space Museum. 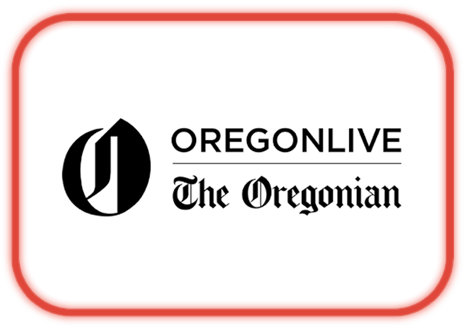