A group of local businesspeople will breathe new life into the Mack Theater, which has been closed for 15 years, and the historic Hotel Yamhill, which has been empty for five decades.

The interwined structures at Third and Evans streets, along with the Macy Building that contains retail shops along Evans and Second streets, have been purchased by a new partnership: Charlie Hays, Bob Komin, and the team behind the Atticus Hotel and Third Street Flats, Erin Stephenson, Brian Shea and Ben Perle.

They said they plan to turn the former movie theater into an entertainment venue and “completely renovate and modernize the hotel while retaining its historic character.”

The project currently is in the planning stage, with the start of renovations at least a year away, they said.

It will bring jobs and support the local economy, urban renewal district, and tax base. In addition, “the properties will further cement McMinnville as a visitor destination, bringing more tourism dollars to the community,” the new owners said.

Dave Rucklos, director of the McMinnville Downtown Association, called the purchase and renovation plans great news. “What an asset,” he said of the properties.

“Bringing them back to their former glory though the responsible care and vision of this local, independent and seasoned team is absolutely the best outcome we could have asked for,” Rucklos said.

Jeff Knapp, director of Visit McMinnville, added, “These types of investments in our community have positive ripple effects, felt throughout our local economy for generations to come.”

The theater, hotel and 5,352-square-foot Macy Building comprise the west end of the 500 block of Third and Second streets, bordering Evans Street.

Many rumors have surfaced about the buildings, especially the once-popular theater, since a “For Sale” sign went up in March. The initial asking price for all three buildings was $2.3 million.

The property was owned by Anderland LLC. The firm’s principal partner, Gary Anderson, died in September 2020.

Anderland extended the deadline for bids from mid-April to May, then removed the for sale sign from the marquee.

Gary Kerwood, one of the managers of the property since 1999, said in early summer that the property was not currently on the market. He would not give any details prior to the announcement of the new partnership on Thursday.

Diane Anderson, co-manager of Anderland LLC with her late husband and Kerwood, called parting with “these wonderful properties” bittersweet. But she said she is “thrilled to pass the keys over to this passionate and visionary team.”

Stephenson, Shea and Perle compared the renovation project to the opening of the Atticus, located at Fourth and Ford streets. It led to the creation of more than 50 jobs, an increase in visitor spending of more than $10 million a year and an increase in local transient lodging tax revenue, they said.

“While these all contribute to economic development in McMinnville, more than anything we feel drawn to helping revive the crown jewels of our community — the Mack Theater and the Yamhill Hotel,” Stephenson said. “We’re excited to keep this part of the city’s history intact for many years to come.”

She said the theater is especially valued by community members, who remember watching movies and going there on dates.

“The constant longing to see the lights go back on over the years has been palpable,” said Stephenson, a McMinnville native.

Hays also grew up in McMinnville, and her family owned a shoe repair shop down the block from the theater. Her sister, Linda Hays, is the owner of Hopscotch Toys.

She said she dreamed for years about buying the Mack, and is excited to have found the right partners to make that dream a reality.

The hotel was built in 1886 by L.H. Cook and is on the National Register of Historic Places. First called the Cook Hotel, then the Commercial House, and finally Hotel Yamhill, it contains 11,365 square feet on three floors; the street level houses Serendipity ice cream and Thistle restaurant.

A local historian said some of the hotel’s rooms were used for housing by the week or month in the middle of the 20th century. It has been closed since 1971.

When the 6,500-square-foot theater was built next door, its lobby was carved out of the first floor of the hotel in the 1940s, Kerwood said. State-of-the-art when it opened, it also closed in 1971 for a time, then reopened in the mid-70s.

The space includes offices, a projector room, restrooms and the large auditorium where movies were shown until 2006. In its later years, Kerwood said, it often offered older movies since its market was not large enough for first-run attractions.

The theater’s auditorium also has been used for events, such as speakers’ presentations during the UFO Festival.

When the Mack closed, a group of citizens made an effort to raise money for its purchase and renovation, according to Patti Webb, former MDA manager.

The effort never came to fruition, but it showed how much the community valued the theater.

Stephenson agreed. “The building itself is beautiful and full of so many happy memories for people,” she said. “It’s a space that’s ultimately about coming together and having fun through a shared experience, in the simplest of ways.”

Just this week, a lively discussion on a McMinnville Facebook page reflected the continuing interest in the Mack Theater and Hotel Yamhill.

People wondered if the space was available for rentals and when it last was used. A few said they’d heard the old hotel was haunted.

Several posters suggested that the Mack be reopened for dinner and a movie, or as a taphouse and wine bar. Others called for a music venue, a convention center or a space for learning technology and the arts.

Screening films will no longer be the main attraction inside the theater, but under the new owners, the Mack and the Hotel Yamhill will be occupied once again.

[The print version of this article misidentified Charlie Hays, the sister to Hopscotch Toys owner Linda Hays, as Charles. the News-Register regrets the error.] 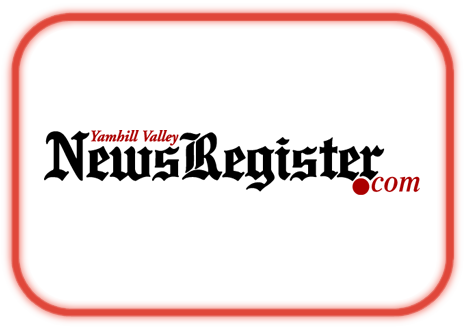